By Linda Gutekunst on October 24, 2022 in Uncategorized

From failing to align hiring with business objectives to insisting on brand-name experiences, IT leaders too often put their organizations at a disadvantage in today’s tight talent market. 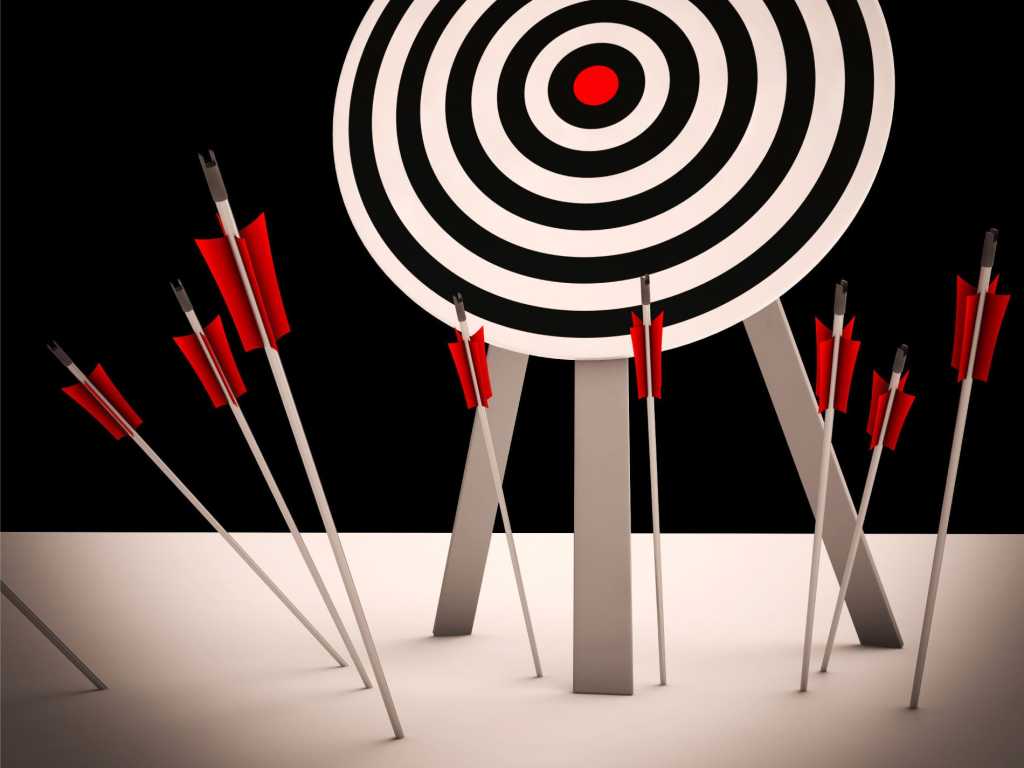 Demand for tech workers remains high, with no signs of easing up.

The proof is in the numbers: 319,652 job postings for IT workers in August, according to CompTIA, a nonprofit trade association issuing IT professional certifications. The month before there were 371,847.

That kind of competition for talent puts pressure on CIOs and their recruitment teams to be strategic in their hiring; they can’t afford to make mistakes if they want to successfully fill open positions.

With that in mind, we asked several leaders experienced in recruiting and hiring IT talent about the mistakes they see that makes hiring harder. Here’s what they say.

“A lot of people in IT default to hiring instead of looking to grow their teams; knowing when and when not to hire is a muscle that has yet to be fully developed,” says Will Markow, vice president of applied research at Lightcast (formerly Emsi Burning Glass), a labor market data analytics firm. Markow notes that his firm’s research shows that hiring external candidates takes more time to fill roles and costs $15,000-plus extra in salary costs. Plus, it signals to your existing staffers that there’s limited growth opportunities, making it more likely they’ll look for new jobs elsewhere.

2. But also promoting internal candidates when you really should hire

Despite his support for hiring from within, Markow says CIOs must be selective about internal promotions. “You can’t upskill for everything; you will have to go out and hire for some things,” he says. “Training in some cases can be faster than hiring, but in some cases, when you need them yesterday, you can’t wait to train up your existing workforce.”

3. Training up when workers have no place to go

Markow says he has seen CIOs with a mismatch between existing training programs and their projected staffing needs, a situation that can leave both managers and workers frustrated. “Sometimes CIOs invest in training their people but don’t have a clear next step for these people,” he says. Moreover, he says, “the CIOs don’t have a good succession plan, so when those people move into the new positions there’s also no one to backfill their [old] roles.”

4. Failing to align IT hiring with business objectives

With IT now thoroughly intertwined with business processes, CIOs need to tightly couple their hiring strategies with their organization’s roadmap, says Seth Robinson, CompTIA’s vice president for industry research. That requires a solid understanding of business objectives, so, for example, if the C-suite talks about their data plans you know whether that means upskilling a SQL developer already on the team or hiring a data scientist.

“We see employers invest in a new technology, and they spend a lot of money for it, before realizing they don’t have anyone with the right skills to operate it,” Markow says. He worked with one company that had invested in data analytics software that sat idle for six months while they identified and trained staff to take on its daily operations.

Seeking candidates with experiences at big-name companies is another hiring mistake, particularly at companies located in geographic tech hot spots, says Eric Tan, CIO at software maker Coupa. “I see too many of my peers who want people only with those ‘really good resumes,’” he says. Yes, those companies tend to offer stellar training for their workers, but they’re hardly the only places that produce competent talent. Tan points to his company’s veteran program, which has helped him staff about 20% of his team with top-caliber workers with high degrees of perseverance and loyalty.

Similarly, Tan says CIOs should expand their recruitment efforts beyond the well-known tech colleges — something he says he does with great results. His company partners with the University of Nevada, Reno and the training program Year Up to identify and hire candidates coming through their programs.

9. Relying too much on prescreening tech

Technology certainly enables recruiting teams to quickly evaluate resumes, but hiring teams “can lose a lot of people in the prescreening who could be good candidates,” says Ximena Hartsock, CEO and co-founder of BuildWithin, a software platform for creating and managing apprenticeship and employee learning programs. That’s a hard lose in a tight labor market. Hartsock says hiring managers who are overly reliant on such technology, including applicant tracking systems, may miss resumes that don’t fit preset criteria but may still show lots of potential.

Tan talks up one of his recent recruits, a former manager at a high-end retail store. That role had exposed her to reams of data and data analysis, which in Tan’s eyes made her a great candidate for a data role he had on his team. He says he was right. “We should be looking for talent beyond the traditional IT profession,” he adds.

11. Not getting specific on skills

You need a programmer, but the job post for the role needs specifics to be successful, says Apratim Purakayastha, chief product and technology officer with Skillsoft, a maker of learning management system software and content. “When hiring for a particular role, you need to be focused on core skills and competencies,” he explains. Hiring managers do better when they list the competencies they actually need in successful candidates and share them in their ads so applicants aren’t guessing about whether they’d be a good fit.

It’s great to be clear about what you want, but hiring experts across the board say you also have to be realistic. Don’t go to market for an entry-level programmer and expect candidates to know all sorts of programming languages or have a range of certifications and several years of experience. And don’t expect a candidate to have everything just as you described. An experienced programmer might not know all the languages you want but an otherwise good candidate can learn them.

The competitive market for tech talent keeps pressure on salaries, which can bump up more quickly than pay for other professions. Paul Wallenberg, senior director for technology recruiting at staffing agency LaSalle Network, says CIOs must be sure to have the most up-to-date data when figuring out compensation. “You have to rely on more dynamic data sources and pooling data that you’re collecting during applications,” he says. “I’m not talking about the amount the applicants are currently making, either. I’m talking about what they expect in a new role.”

14. Not publishing your compensation

Starting in January 2023, California will require employers to disclose their pay ranges with job postings. Others, including Colorado, Washington, and New York City, also have such laws in effect or coming online. But even CIOs hiring outside those jurisdictions should adopt the practice, Wallenberg says. He says his company has collected data that found companies who post such information — whether legally required or not — actually get more candidates and higher-quality ones at that.

15. Lacking diversity on the interview panel

IT leaders continue to focus on diversifying their teams, but too often their interview panels have no diversity and/or don’t even acknowledge the topic. That could lead candidates to think the company’s interest in diversity, equity, and inclusion is all talk, Wallenberg says.

Certain language can be off-putting to candidates, Robinson says. For example, a job posting looking for a “diverse candidate” (an awkward phrasing, to say the least) when the company is looking to build a diverse team could leave would-be applicants puzzled on what the CIO wants in the individual. Similarly, job descriptions that use “competitive” or “demanding” could turn off potential candidates. There’s proof of this: A 2019 LinkedIn report found that 44% of women and 33% of men would be discouraged from applying to a job if “aggressive” was used in the job description.

Hiring teams often ask candidates to demonstrate their knowledge by developing code or taking tests. Such requests, particularly if they’re time-consuming, can be onerous for candidates. “You could be excluding people who have jobs and don’t have extra time to put into these rounds of interviews or doing homework,” Robinson says.

18. Paying too little attention to the nontechnical stuff

It’s easy when hiring for tech positions to focus only or mostly on a candidate’s technical skills, but Purakayastha warns against overlooking other important skills, such as communication capabilities and the ability to work collaboratively. “I see very competent people being hired but they don’t have enough of the soft skills needed or the skills to adapt to a new culture,” Purakayastha says, adding that his company has a list of 45 values, such as professional integrity, that it seeks in candidates to help them think holistically about applicants.

19. Ignoring next steps for new hires

“Hiring is just the first step,” Purakayastha reminds. Next up: Retaining the new hire and helping them grow. “Change in the technology field is happening much faster than you can hire, so managing your employee’s technical career has significant ROIs that should not be overlooked.”

It’s a common practice, particularly among tech firms in Silicon Valley and other high-tech corridors. But poaching talent from your competitors drives up salaries without addressing the pipeline issues that are causing such drastic competition. Plus, it doesn’t typically solve staffing challenges over the long term. As Markow points out: “If you’re just offering the highest salary, what’s to stop another company from offering more?”

21. Skipping over what you can offer

Candidates in this market have lots of choices, so CIOs should be selling prospects on what they and their companies offer. “If you don’t have a vested interest in their careers, they won’t have an interest in joining you,” Tan says.

22. Failing to sell what your company offers

“You need to pay competitive salaries for sure, but you also need to make sure you’re hiring for mission and not just money,” Markow says. Research shows that companies who give workers a reason beyond compensation to come and stay, whether that reason is engaging work, a flexible schedule, the actual mission of the organization, or advancement opportunities, do better recruiting and retaining talent.

23. Adding staff when you don’t know what you already have

Markow says he worked with one CIO who, believing his IT team lacked the skills needed to successfully compete, was planning on a significant round of hiring. He then actually assessed and inventoried the skills his staffers had and found that his team was actually market-leading. As a result, he needed to hire for only a fraction of what he had originally planned. “Too many CIOs don’t take time to understand their bench strength and they mistakenly hire for skills they don’t need,” Markow adds.

24. Being biased against the unemployed or underemployed

Hiring managers sometimes still perceive out-of-work individuals as less desirable or less competitive, discounting a range of possible reasons for their unemployed or underemployed status, Hartsock says. But she points out many workers, particularly today, left or scaled back on work for very valid reasons, such as staying safe during COVID. Hartsock says companies may find a boost in their hiring if they stopped chasing passive candidates and put more energy into engaging truly active applicants — including those who are under- or unemployed now seeking to re-enter the workforce. As she notes: “There’s no better worker than somebody needs a job.”